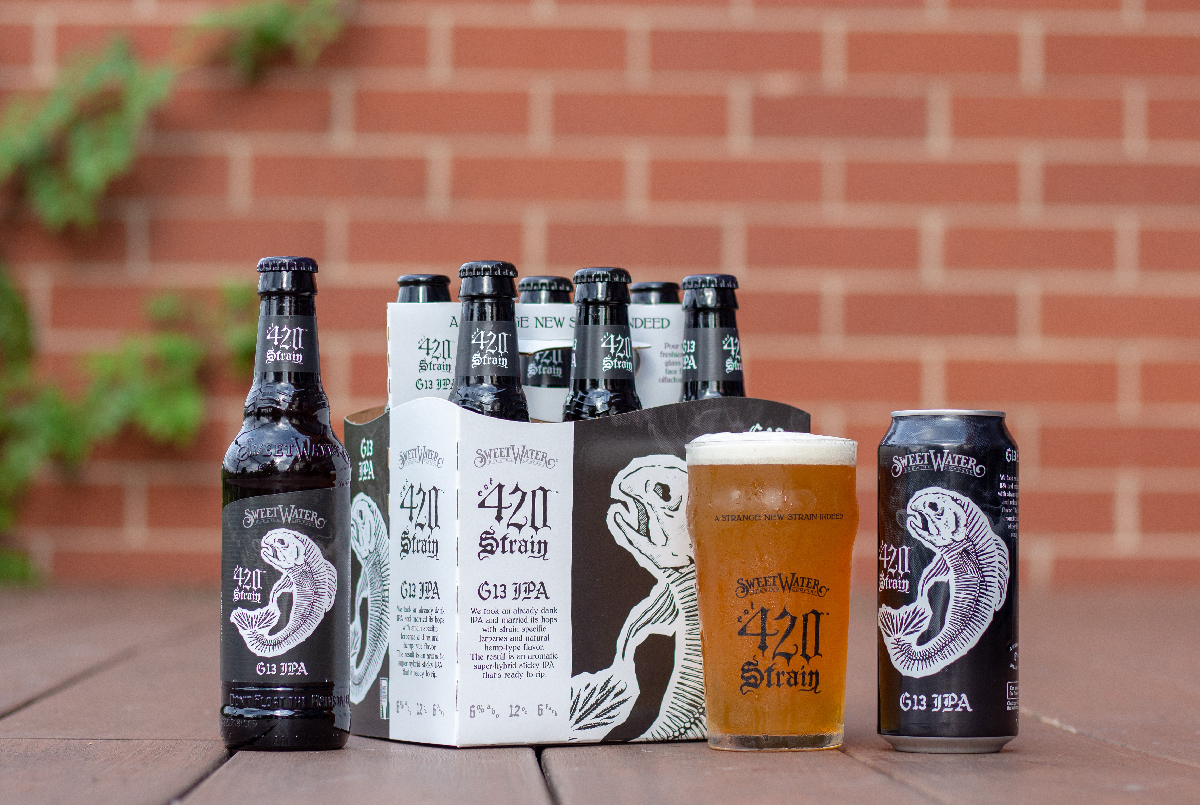 The newest brew by Sweetwater called 420 Strain G13  has been grabbing people’s attention for quite some time now. This particular beer has been voted Bloomberg’s “Best Beers of 2018,” and has been featured in New York Times, Men’s Journal, Beer Street Journal, Beer Advocate, Thrillist, Porch Drinking, and Paste. So what’s all the talk about? Well, we are here to tell you.

“This aromatic super-hybrid sticky IPA is first and foremost a phenomenally delicious and drinkable beer, with the added bonus of an olfactory experience that mimics that of the legendary G13 cannabis strain. The IPA base brew has a great body, good head and nice amount of haze at a pleasurable 6% ABV. To work with the malt bill, the brewers added some of their dankest hops, Columbus and Simcoe, plus two dry hop additions. To achieve the aroma, our brewers found the perfect botanically-sourced, strain specific terpenes and married them with propriety natural hemp flavor, both perfectly complementing the hops in the IPA.” – Sweetwater Brewing

Does this sound like something you want to try? If so, we are now carrying 420 Strain G13 in 6 pack bottles, as well as, on draft. So get your hit today!