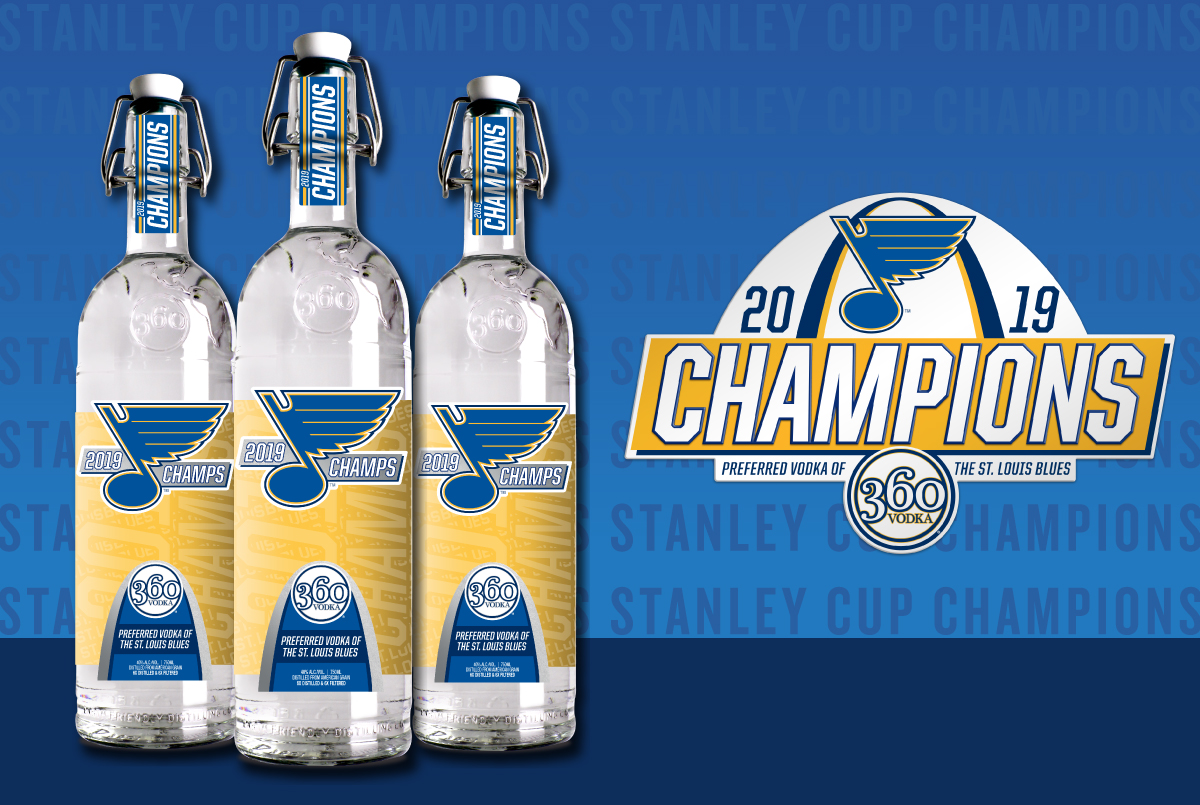 From last to first, no longer cursed! Blues fans have been waiting 52 years for the team to bring home this title. This season found new fans everywhere as the Blues made their electrifying march through the playoffs and the championship series.

Missouri’s own 360 Vodka is honored to pay tribute to this historic victory with the St. Louis Blues Limited Edition World Championship bottle. Plus, 360 Vodka has created a specialty cocktail to go along with it called “The Face Off.” Visit a local retail store near you to get your bottle before their gone. Let’s go Blues!